The complete Dan Black interview in its original version, in english, of course!

Dan, I read that you speak perfectly French, is it true?

It is not true, I can speak a bit only, but not perfectly.

I saw that you played in many little bands in London, what decided you to build The Servant instead of making a solo career?

Well good question. I can say that at beginning when we started to play I did not imagine that it could be a band. Nothing was really planned; I just wanted to play music and it turned into a band. The only thing which I was interested in was to play music. And I can do this now.

What was the deal with Matt and Trevor from Minty, how did they follow you in this adventure?

I’ve been in bands before. In fact I tried to make bands in the past, but nobody was really interested to work with me, because I was really motivated and wanted to make music all the time. I was unsure that my friends wanted to follow me on this way; I therefore worked on my own. As I was playing some guitar, Matt and Trevor helped me to play live. I can say that this adventure ran smoothly into a band. We did not really choose to create it, it just happened.

How do your personal musical tastes influence your music?

I have very broad musical tastes, and this of course influences the music that I play. Depending on the period I listen to different kind of music, I liked Miles Davis when I was into my Jazz period. And yeah I can say that my tastes influenced and continue to influence my music. You often play music that you like.

Let’s speak about your path. At the beginning there was the first album Mathematic/With the Invisible, but the real big success came with The Servant eponym album and finally with How to Destroy a Relationship, so my question is: do you feel a bit more confident about the future or is it always a new challenge for you?

Mathematic/With The Invisible sounds punk and funky, but with The Servant, issued during the year 2004, and the last album it seems that your music evolved in a way a bit more rock pop, is it a desired effect?

It was natural. We did not sit down and discuss about it: let’s play music a bit more strong. With the mini-album you can find more electronic stuff, but the problem is with the emotion which gets lost, due to those effects during the live sessions. And the worst is that you always have to bring all the material with you. With the new album it was pretty exciting to play music in a more traditional way… Guitar, drum, bass and voice.

I know that you worked really hard on the previous album, and my question is: did you proceed in the same way with How to Destroy a Relationship, from the writing to the production or was it a bit easier?

No, it was really different and easier. On this new album, I didn’t want to be the producer. We focused on the music, we said: let’s get the songs working in a room live. And we just gave the best of ourselves. Afterwards, we went to a producer to record it. So the job has been completed on a more traditional way and the result is here. Off course it ran a lot faster with How to Destroy a Relationship than with The Servant,  only four months instead of two years.

Are you speaking about your own experiences or about general feelings in your albums?

I can say that pretty much of the songs are about me, about my life. 90% of the songs about my life to be exact, and there is only 10% which are from the observation I can make about the people and the situations round me. The music always sounds truer when you speak about your life.

After three albums, can we say that you find your style or do you think that changes and new features are necessary to evolve? In other words, do you think that your music could be more rock or either electro in the future?

Unavoidably. To be honest, I am completely bored to play only guitar. In a general manner I get bored very fast. The only thing which I am looking for is to be interested in the music that I play and for me new and different features are necessary to evolve.

What kind of message do you want to share with the people?

I am not a politician, so I do not have a real message to share with the people. The only message that I have is: listen to my music. I am only offering music to my audience. There is no other specific message in my music.

Do you think that in some years people will remember The Servant only with the song “Orchestra” ?

Last question: if you would be a musical instrument, what should it be?

I have a music instrument, it’s me, it’s my voice and I know that when I am tired I need to take care of myself. But if I have to I wish I was a guitar!

Thanks a lot, Dan, for your time and for your music, and all the best for the future of your band!

Rocket Juice and the Moon 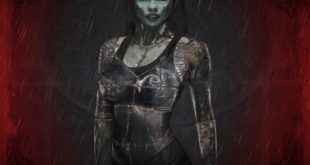